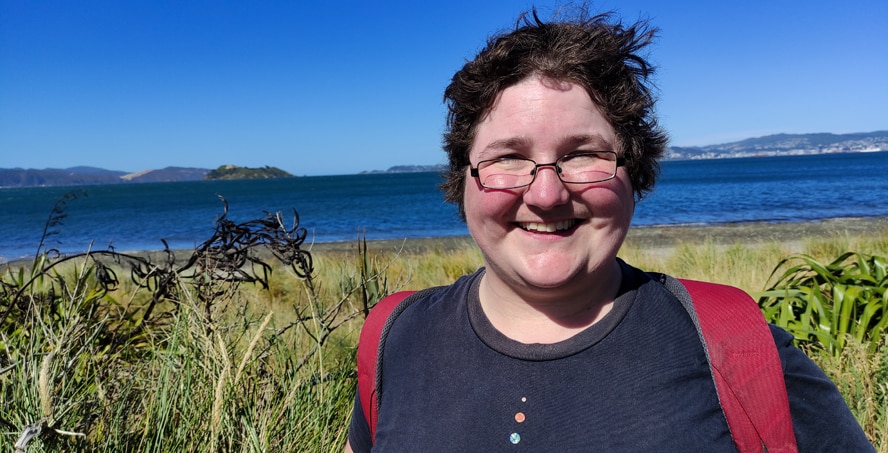 Philippa Kenealy is a bubbly and bright person. As we were talking, even with her COVID mask on, you could see her smiling. She has a caring and incredibly positive demeanour. It is no wonder she has such great rapport with her customers and has been able to excel in her position at Concentrix. But it did not start smoothly. There were a few bumps in the road for her and not just the bumps that everyone goes through when looking for work or starting a new role. Philippa had the obstacle of starting her new job right at the beginning of the COVID-19 lockdown.

So, Philippa left her job in pursuit of something new. Though she had the experience and the personality, a few months went by, and Philippa was still not having the best luck. Though Philippa had been getting interviews, she had not been able to secure a role. She felt she was missing something that would help her find a position she was truly passionate about.

During this time, Philippa had been in contact with Work and Income. They heard her frustrations and knew of a course that could help with a potential role attached that sounded ideal for her. The Capital Training Contact Centre training course covered employment and interview skills she wanted to improve on while working towards the exact type of job she wanted, a customer service role at Concentrix. In fact, Philippa had already applied for the same job a few months prior but unfortunately was not chosen for the position. She now had the opportunity to improve in those areas for a second chance at the role.

Philippa said the course helped a lot by building her employment confidence from teaching interview techniques, customer re-enactments and CV writing. Philippa said having Jaxs and Barb reaffirm these aspects can set you apart, both in the employment process and on the job.

When it finally came to the interview, she felt a lot more optimistic than she did the first time around. Working with Jaxs and Barb to prepare interview answers that represented her and her strengths, she had a better grasp of what to say and felt more confident. Because she was prepared, she could focus on showcasing herself better than she did in the first interview.

And it worked, as this time she landed the role! She was so excited to finally start with her new team, working alongside her colleagues.

That was at the end of February. There were signs of change due to COVID. For instance, in her interview, they fist-bumped instead of shook hands, but no one really knew how much things were going to change in the coming weeks.

By the time lockdown had been announced, Philippa had only attended one week of training. This meant she would have to finish the rest of her training and start her new role, by herself, in her own home, in such unusual circumstances.

Though the move to working from home was a bit of a scramble for everyone, Concentrix did everything they could to prepare Philippa, making sure she had the right equipment to ensure she could work well from home, including providing her with a workstation and chair. Even though she was no longer at Capital Training, Philippa said that Barb was still checking in with her to make sure she was doing okay in the new role.

Working from home started as a challenge, but because Philippa suffers from asthma, staying home and staying safe was important to her, so she wanted to make the most of it. The need for self-motivation while being isolated and trying to learn a role is a lot to manage, but as time went on, she started to see the perks of working from home. She could go straight to work after rolling out of bed without brushing her hair, no need to commute, and of course, she could stay safe.

Philippa grew to love working from home so much that once lockdown restrictions were lifted, she asked if she could continue working from home, though she would have to get used to not yelling when her cat clawed her leg while on the phone to a customer.

Even a year later, Philippa is still working from home and loving it! She is thriving so much at home that she was offered a promotion. Though she will have to do the training through Zoom again, she cannot wait.

A Shot at a Second Chance During a Pandemic

A Call to Confidence and Success